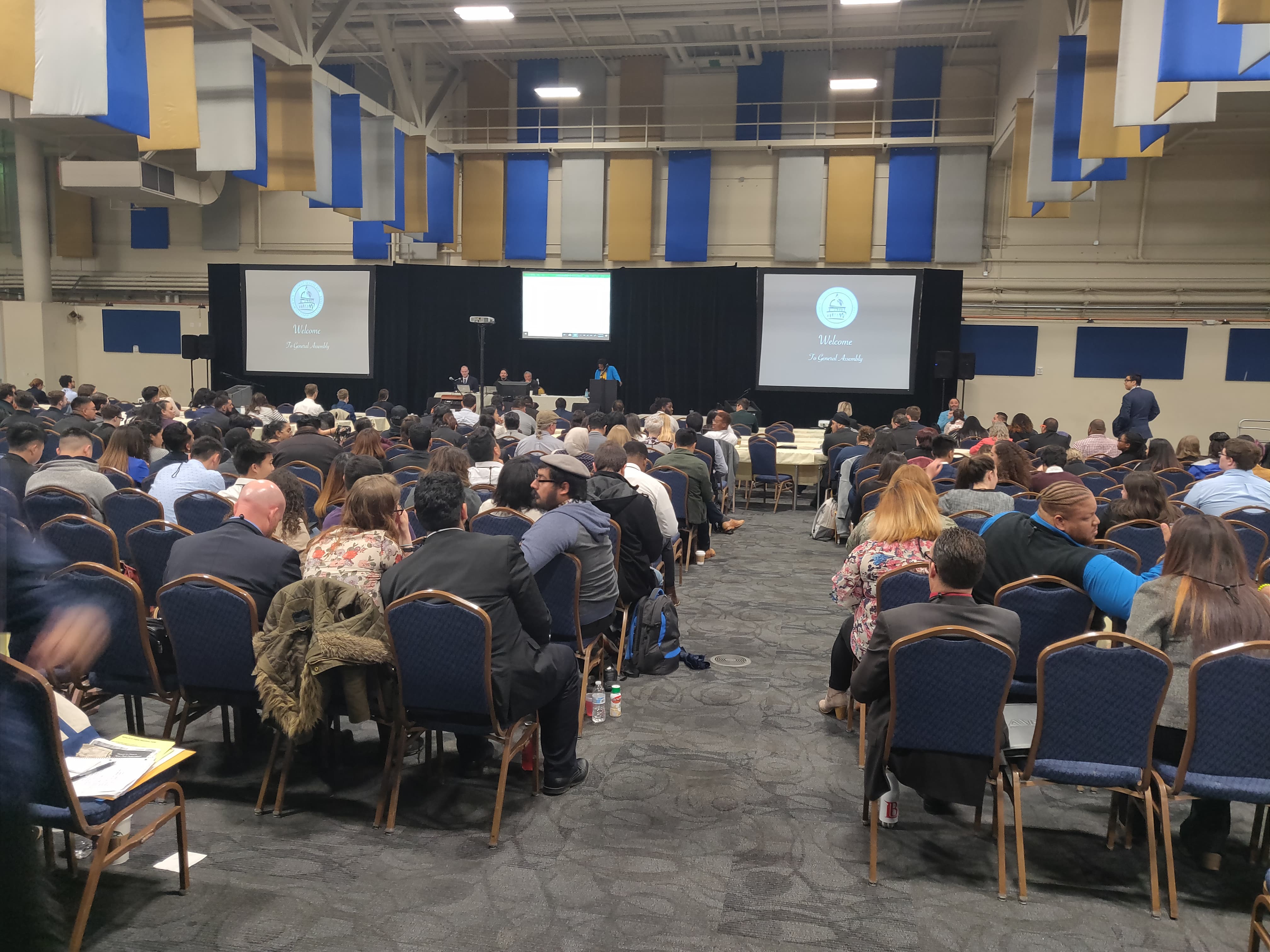 Statement from SSCCC on AB 1504 (Medina)

Statement from SSCCC on AB 1504 (Medina)

Sacramento, CA - Tuesday, September 3, 2019, at 3:30 PM, AB 1504 (Medina) was presented to Governor Newsom and awaits his signature. The bill would require a California Community College (CCC) campus to collect at the time of registration a student representation fee (SRF) of $2 per semester/quarter if the CCC has a student body association. It requires $1 of the fee be used to establish and support the operation of the Student Senate for California Community Colleges (SSCCC), a statewide community college student organization.

AB 1504 would go a long way towards remedying inequitable distribution of funds that have limited opportunities for community college students to organize and advocate. Compared to UC ($3.38 per student) and CSU ($3.12 per student), the SSCCC only has access to $.16 per student to advocate on behalf of 2.1 million students.  Because of this lack of sustainable funding, the SSCCC has virtually no presence in the state capital or at the Community College System level to advocate on behalf of the most diverse population in the United States. The SSCCC has operated with minimal staff and professional support provided by the CCCCO, which has resulted in increasing difficulties in maintaining a full governance board and severe deficits in institutional memory and system knowledge. Currently, the SSCCC operates on the voluntary efforts and sacrifices of a dedicated cohort of students, whose main function should be dedicated to their studies.

AB 1504 was voted on by the delegates from California community colleges across the state through a resolution passed at the Spring 2017 SSCCC General Assembly and is supported by the California Community College Board of Governors and Chancellor’s Office.  The Student Representation Fee by statute is to be the primary source of income for the SSCCC. However, only 11 of our 115 campuses have implemented the $2 SRF. The low number of campuses implementing the SRF is mostly caused by the fact that colleges must separately hold an election to implement the $2 fee.  This election must have at least the average of the previous three elections participating. With each of our 115 institutions having their own elections procedures and requirements for items to be placed on their ballot, this task is near impossible.

AB 1504 represents a historic chance to change the dynamic of student government for California community colleges in a positive way and to empower advocacy from a student group that have been frozen out of decision making in the past. The SSCCC calls on Governor Newsom to sign this bill and support student advocacy statewide.

The California Community Colleges is the largest system of higher education in the nation, composed of 73 districts and 115 colleges serving 2.1 million students per year.  The Student Senate for California Community College works to promote and safeguard access for current and future students to California public higher education in accordance with the Master Plan for Higher Education through system participatory governance, legislative and policy advocacy, and regional support and development and is the official voice of California community college students statewide.